Warning: Use of undefined constant WPRBLVERSION - assumed 'WPRBLVERSION' (this will throw an Error in a future version of PHP) in /home/customer/www/darkplacescomic.com/public_html/wp-content/plugins/wp-render-blogroll-links/WP-Render-Blogroll.php on line 19
 No plan survives contact with the couriers. – Dark Places Skip to content 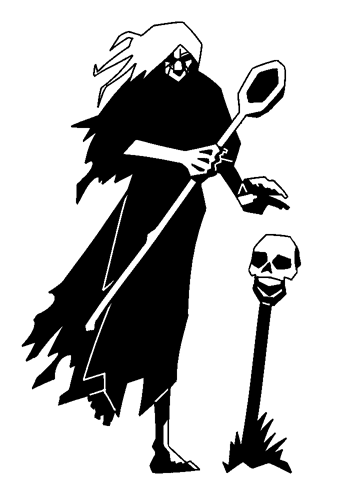 No comic this week – I got a new computer last week, and it’s taken a while to set up and get things transferred across. In addition, I discovered that my trusty old Intuos2 graphics tablet wouldn’t work with the new machine (on account of it using a serial port, and the new machine not actually having one of those). So I ordered a whizzy new Intuos4 to arrive on Saturday, giving me plenty of time to get this week’s page done. At least, that was the plan.

Unfortunately the couriers decided that “Saturday delivery before 1pm” meant “don’t bother, just say no one was home”. So basically the driver was made of filth and lies, because I was in all day and no attempt was made to deliver. The consignment was rescheduled for Monday and eventually showed up in the afternoon, which left me without time to get this week’s page pencilled, inked, lettered and ready for the Wednesday update deadline.

Long story short, postponing this week’s update to next week. On the plus side I do have a whizzy new computer and tablet, which means I’m able to Livestream stuff again. Keep an eye on the Twitter feed to know when that’s happening. 🙂

A courier made of filth and lies? The heck you say!

Sorry about the bugs in the delivery, but congrats on the new computer! (Really? Serial port? I thought I was the only one who hung on to obsolete technology. You wouldn’t happen to have some Scots blood in you, eh? 😉 )

i’m going to have to figure out how to use twitter in order to find out abou these live streams, althou a direct link to your live stream channel would be a hidden favour 😛

replying to myself cause i noobed and didn’t read left hand side of a page, i hadn’t been on here for a while and whilst digging through my journals i found the link back here,

For future reference the Livestream URL is: http://livestream.com/darkplacescomic

I fitted a shiny new serial port card to my office PC this week. I have a job testing chip’n’pin software and there are a LOT of PInPad devices that connect to the serial port. Even the ones that staff in restaurants walk around with are likely to be Bluetooth connecting to a device plugged into a serial port of the till computer. COM ports will be with us for a while yet, even if not in the home.

Yeah, I was kind of surprised that it didn’t have a serial port at all. I guess the assumption is that pretty much everything plugs into USB ports nowadays. I could’ve probably got a serial-to-USB adaptor, but the old Wacom is getting rickety enough that I could just about rationalise going for an entirely new tablet.