Warning: Use of undefined constant WPRBLVERSION - assumed 'WPRBLVERSION' (this will throw an Error in a future version of PHP) in /home/customer/www/darkplacescomic.com/public_html/wp-content/plugins/wp-render-blogroll-links/WP-Render-Blogroll.php on line 19
 Interlude – Dark Places Skip to content 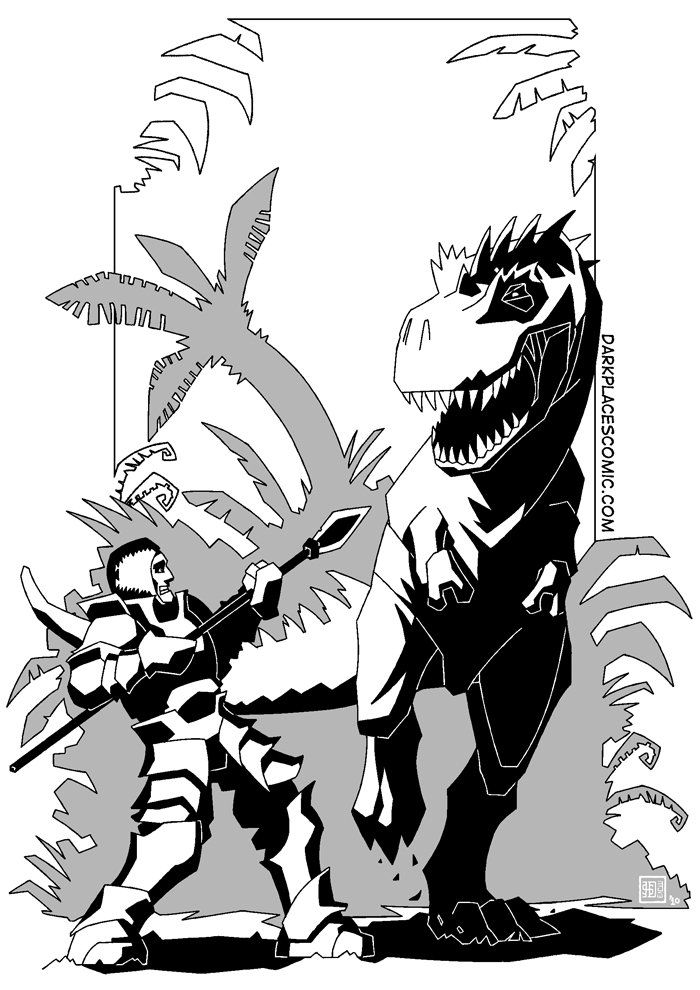 I’ve just got back to the UK after spending a pretty delightful couple of weeks in Spain. Sun was soaked up, sangrias were sunk, sketches were scribbled.

Unfortunately I didn’t quite get enough of a buffer built up ahead of time, so in lieu of an update today here’s my submission for the UK Web & Mini Comix Thing Anthology 2010. The theme was “dinosaurs”, and since it’s kind of tricky to fit dinosaurs into my comic’s setting I just drew a picture of a dude in armour facing off against some kind of spiky and palaeontologically-incorrect T. Rex-a-like.

Shockingly, this might actually be the first time I’ve drawn a dinosaur.