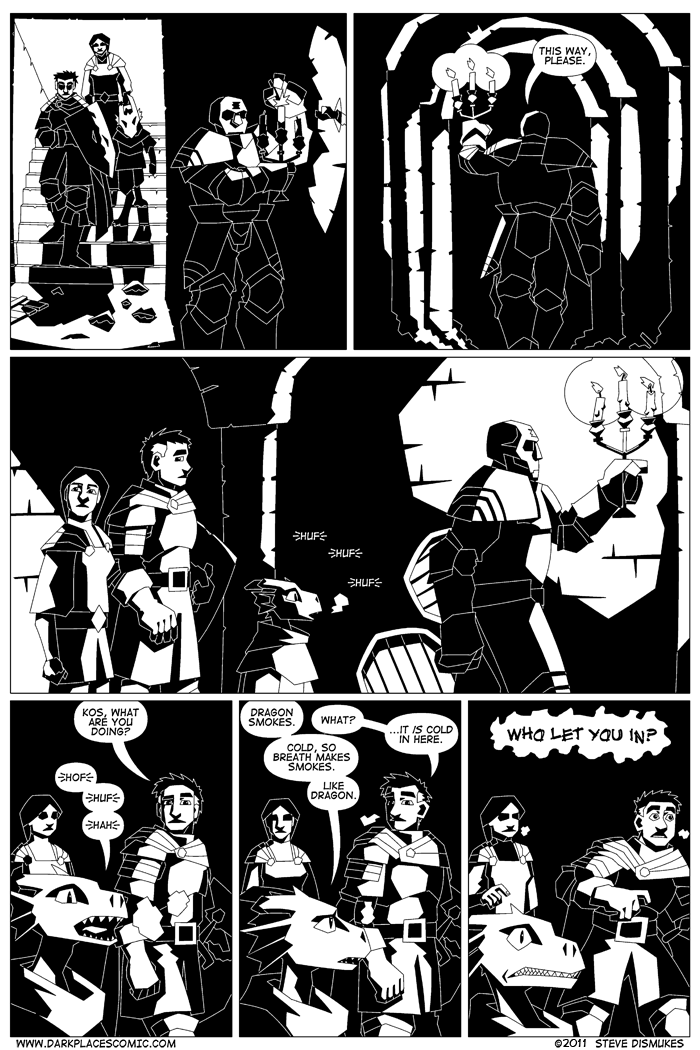 Hope everyone’s having a fine and festive season – see you in the New Year! 😀

As has probably been obvious for a goodly long time now, Dark Places has fallen into inactivity. This is for a variety of reasons – initially because I’d started a new job which used up a lot of the time and energy that had previously gone into making the comic, then later because I realised that I’d become lost and a little burned-out on it. Each page was taking a lot of hours to draw, and I was having a hard time summoning up the enthusiasm to continue. I do appreciate that right in the middle of a chapter is by no means a good place to make such a discovery, and for that I can only apologise. I’d like to return to Dark Places eventually, but I’m not sure when that’ll happen. I’m very grateful to all of you who’ve kept checking back in the hope of a new update and leaving messages of hope and anticipation; I’m also very sorry to keep disappointing you, and feel it’s best to (belatedly) clarify exactly how things lie at the moment.

In the meantime, if you’re still interested in following my work I’ve been working on Dungeon Grind, which has proven to be a much-needed change of, well, everything. Short-form, humour, relatively quick to make, it’s quite a different animal from Dark Places and has used different creative muscles. It does have kobolds in it, though, so I guess it’s not entirely dissimilar. That’s where I am at the moment, in any case.